Five years ago, I made one of the biggest changes concerning my health…

For years I had heard about the trend and had mostly dismissed it as a passing fad among the super-rich and extreme health fanatics, many of whom were touting their own special diet plans, books and websites.

I just dismissed the idea as a passing fad. I knew there were people with celiac disease that shouldn’t even touch gluten, but that didn’t apply to me.

Then, one of my best friends gave it a try. She was dealing with rheumatoid arthritis, which was a much more damaging diagnosis than my fibromyalgia.

Always on top of new trends, she read new books and studied new research. She had a great team of doctors working with her on her treatments. She said she felt much better after going GF and she still had loads of energy, something I only dreamed about.

There were many reasons to think about making this change. First, my fibromyalgia had caused me to finally leave my teaching position and begin a new, less-stressful job in Internet marketing. Prior to this, I felt that making a such a major change in my diet was simply too overwhelming to consider.

Second, what if it worked? I had heard a lot of the hype. What if it was really true that it could cure me?

Third, what did I really have to lose?

And, finally…I trusted my friend.

So, being the geek/nerd that I am, I decided to do a little more research.

I needed to know more. If I decided to stop eating gluten, I needed to understand the research, because it was going to be a huge change.

I started on Google of course. Isn’t that where all good searches begin?

Website after website talked about the amazing results of people who had stopped eating gluten and the miraculous cures they experienced. It all sounded a little too good to be true to me.

So, that wasn’t helpful.

I kept digging, looking for research-based information and realistic information from people who weren’t out to make a quick buck off the trend. If the website was trying to sell me something, I immediately crossed it off the list. That narrowed down the list considerably.

Of course, there was a lot of information for people dealing with celiac disease, but as far as I knew that wasn’t my problem.

Next, I tried YouTube. Again, I had to sift through some sketchy sites to find some solid information.

After a few weeks of digging and sifting I could safely say, there was very little good information out there, and it was buried in a lot of hype.

I wish I had kept a list of all the resources I used to learn more about how going GF might help with fibromyalgia, but I wasn’t even thinking about blogging at that point, so I didn’t.

As I began this post, I thought it would be easier today to find good information on the topic.

Unfortunately, what little data I found is still pretty anecdotal. You would think that more solid research about gluten and fibromyalgia would have been done by now. But if it’s out there, I still can’t find it.

However, here are a few solid sites discussing gluten-free diets that I have found:

So, now what…since there is such an insufficient body of data about fibromyalgia and gluten-free diets…is this something I can recommend?

The answer is yes and no…

Because I was desperate to feel better and my friend had such positive results when she went GF, I decided to give it a try for a few days. If I didn’t see any improvements, I really hadn’t lost anything.

Most of what I had read in 2014 said that when you stop eating GF, it’s an all or nothing change. If you aren’t willing to stop ALL gluten, then you really shouldn’t bother. Even a tiny amount of gluten will trigger a reaction for those who are sensitive.

Another thing I read said that when you quit gluten, you need to eliminate all grains in the beginning. One GF proponent explained that because your body is already in an inflamed and over-reactive state, any similar grain, like rice or corn, can cause similar reactions, especially until you get your system settled down.

So, I resolved for the first month to eliminate all grains. Basically, I ate meats without any sauces or breading, fruit, vegetables, beans and not much else.

For me, the change was a good one.

Within 3 days, I noticed a significant reduction in pain, brain fog, bloating. I also just generally felt better. Maybe I would have felt better anyway because of the other changes in my life, stress-level, job, etc. I don’t know. But, I definitely felt a LOT better.

The first few weeks were the hardest because I didn’t know how cook without flour, breads, canned soups, etc. I had to quickly and drastically adjust my cooking techniques.

Gradually, after about a month, I began to add back other grains one at a time, starting with corn, then rice and various others. I learned about new grains that I had never heard of before, like teff and quinoa.

My husband was wonderful to try the new dishes and was very supportive of the changes. This made it a lot easier. We have learned however that neither of us do very well with large amounts of gluten-free pasta. I can eat more of those than he can. But they tend to irritate his digestive system. So, if we are going to eat something with pasta, I usually cook one GF batch for me and make the regular pasta for him.

Occasionally, I accidentally eat gluten, usually at a restaurant or in food that someone else has prepared. Within 30 minutes, I’m in discomfort with stomach issues, aching like I have the flu and generally feeling awful. Then I’m scrambling about trying to determine what I ate that set me off so I can make sure I avoid that in the future.

I will say that if you don’t need to go gluten-free, don’t.

It can cause some real health issues with deficiencies and lack of fiber. And, it can be very expensive if you buy a lot of the already prepared foods.

Now, eating out is the biggest challenge for me because even cooking toast in the same toaster as regular bread is enough to set me off. I find that about the only “safe” restaurant food I’ve found are grilled chicken salads and tacos with corn tortillas. And sometimes even those aren’t safe. Whether the restaurant has used certain seasonings, or stirred the meat with the same spatula as another sauce, who knows…

But, I do have an easier time in Mexican food restaurants, which is a great bonus as far as my husband is concerned.

If you decide to give the gluten-free diet a try, I urge you to discuss it with your doctor first.

If you suspect that you might have celiac disease, the regular testing won’t be accurate if you’ve already started eating gluten-free. The doctor will have to use alternate genetic testing otherwise or you’ll have to go back to eating gluten before being tested. I wish someone had made that clear to me before I quit the gluten. If I had it to do over again, I would certainly go to the doctor first and get tested for celiac disease.

Also, your doctor will be a good resource on what to expect and the possible consequences.

But, since I’ve already done it, I plan to continue with it indefinitely.

Finally…be prepared for well-meaning people who don’t understand it.

One of the hardest parts of going gluten free is when people try to convince you that just a little bit won’t hurt. “Just have one bite of this…it’s amazing.” What they don’t realize is, for me, just one little bite may send me into a flare for days. Or, they look at you like you’re just over-reacting to the whole fad.

Without the scientific research to back it up, it’s hard to convince them otherwise. For those that won’t take a “no thank you” for an answer, I usually just smile and say, “If you felt like I felt after eating gluten, you would understand.” If they continue, I try to change the subject, because they just don’t get it.

Having fibromyalgia means that I have to be vigilant about controlling as many factors and triggers as possible. So many times I can’t control things which cause me problems. But, this is one thing I can control!

After all, it’s been a long time since someone forced me to eat something I didn’t want to.

For me, eliminating gluten is something I can do that has worked. There is a direct cause-effect when I eat it. So, it’s just one little thing in my life that I can do to make a difference, regardless of why it works. It just does.

What about you? Have you tried eating gluten-free? If so, how did that work for you? Are you aware of any definitive research on the connection between gluten sensitivity and fibromyalgia? Please leave your comments below. Together we can help each other uncover our best selves!

Until we meet again, here’s a virtual hug for you!

The Luxury of Taking a Break

Simple (and mostly free) Strategies for When You...

Top 10 Strategies for When You’re Having a...

Get to Know the Princess!

Let me tell you a little about myself! 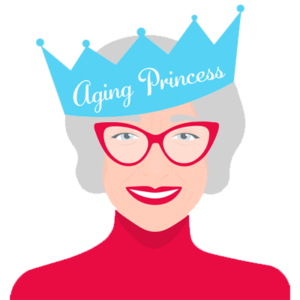 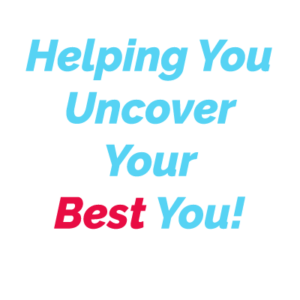